Observe the waxing and waning of the moon

The moon moves through a regular 29.53 day cycle, during which it appears to become either smaller or larger due to the relative position between the earth, moon and sun. The larger the angle distance between the moon and the sun*, the more of the moon we see illuminated.
Calculating the current phase of the moon
The watch roughly calculates the current moon epoch, starting with day zero of the lunar cycle. As the watch only uses integer values (no fractional numbers) for the calculation, the margin of error for the moon epoch shown is ±1 day.
*Angle of the moon compared to the direction from which the sun is seen from the earth. 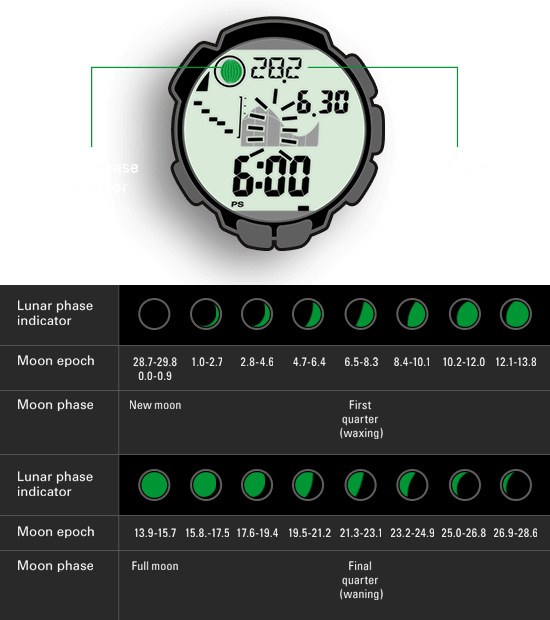